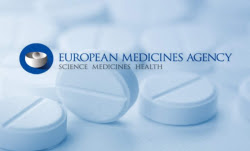 As speculation continues about who initiated the seizure of the computers and records of Antonietta Gatti  and Stefano Montanari  it is interesting to revisit the attack in the electronic pages of BMJ last February by Melanie Carr of the European Medicines Agency. Carr accuses BMJ of undermining the vaccine program but oddly enough confirms their findings:

The presence of minuscule trace amounts of certain inorganic particles in vaccines is not unexpected and the manufacturing process for all parenteral preparations is designed to ensure that any such traces are kept within safe limits. Following similar previous claims by Montanari the French medicines regulatory authority (ANSM) has published their experts’ analysis of metal particles in certain vaccines using, as well as a method similar to Gatti and Montanari, inductive coupled plasma mass spectrometry which allows quantification of inorganic elements.

The ANSM concluded that the amounts of any particles found were exceedingly low. This indicates that the controls during manufacturing are keeping impurities within accepted limits. French experts further concluded that their findings are due to the presence of these types of particles everywhere in the environment and should not be considered a health risk.

The defence echoes earlier attempts to defend the presence of mercury in pediatric vaccines, on the basis that the amount was miniscule  (ie only 250 times the Hazchem level). It is of course once again a major problem that the dust particles are not ordinary environmental exposures, but injected. Antonietta Gatti replied:

It is a fact, also confirmed by EMA (“The presence of minuscule trace amounts of certain inorganic particles in vaccines is not unexpected”), that vaccines contain inorganic particles not listed in the ingredients. It is also a fact that those particles, foreign bodies in all respects, are not supposed to be there and, in fact, they are not declared among the components of vaccines. And it is a further fact that, as far as nanopathology is concerned, quantity has a meaning quite different from that of classical toxicology, more complex and, in a way, definitely less important. On the other hand, indications on quantitative data can be obtained from the last table (no. of particles/20 microliters). We published the main concepts of nanopathology more than once (e. g., A.M. Gatti & S. Montanari – Nanopathology: the Health Impact of Nanoparticles – Pan Stanford Publishing 2008; and A.M. Gatti & S. Montanari – Case Studies in Nanotoxicology and Particle Toxicology – Academic Press Elsevier 2015) and reading what we published could have prevented some clumsiness and misunderstanding.

Or as Dr Noel Thomas commented:

That some vaccines for parenteral administration may contain “tiny amounts of inorganic matter“ could be very significant. It has prompted a lengthy response by Melanie Carr from the European Medicines Agency (EMA) which seems to be an attempt to qualify and devalue the reported finding, minimising its clinical significance.

The EMA, according to its website, receives 89% of its funding from pharmaceutical companies, for providing advice and support with licensing applications, regulations and marketing.

Carr is concerned that their findings prompted the researchers to proceed to “..unsubstantiated speculation that presence of these particles could have an impact on vaccine safety, particularly posing a risk of neurotoxicity.”

Perhaps adults, and the parents of children, who might receive such vaccines would be alarmed if that possibility was not considered, and explored?

The independence of the EMA has recently also been the subject of a complaint by Nordic Cochrane to the European Ombudsman over HPV vaccines.

John Stone is European Editor for Age of Autism.

This effort is not funded by any means, except some meager ad revenue. Your support will help me offset costs. Won’t you pitch in?

Buy “Cures vs. Profits” on Amazon

You can now also support Dr. Jack directly via this site. Dismiss